Latest
You are here: Home / The Mirror’s Crying Child Photo – Not All That it Seems

Here’s the front cover of the Daily Mirror. A haunting image of a starving British child, crying their eyes out.

Only… the child is from the Bay Area, and the photo was purchased from Flickr via Getty Images… 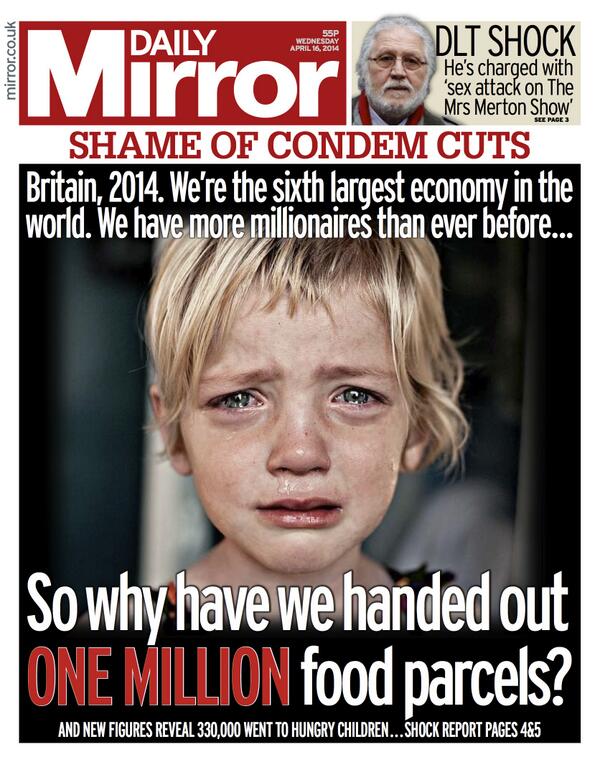 An excellent photo, taken by the excellent Lauren Rosenbaum in November 2009, shared on a US website (Flickr), sold by an American photo agency (Getty Images), used to illustrate poverty in Britain.

I’m not sure on the answers to any of the above, but interesting to think about.

What do you think?

How the US Airways Tweet Happened UKIP – Powered By Foreign Technology