Hillary Clinton has officially announced she’s running for US presidency in 2016. This was all handled rather well online, with a high-production value video, a quick change of all of her social accounts, and the launch of a new campaign site.

Alongside the positives, there were however a few mistakes. None of these were ‘campaign ruining’, but some were surprising tech blunders for such a high profile launch, and some meant they both missed out on potential early traffic to the campaign website and made a few of their bigger supporters look a little foolish.

1. There are some nice little tech touches on the site.

There are various little nice touches on the ‘Hillary’ site. The site itself is nicely responsive, the code is fairly light, and there are some nice little touches from a technical point of view. For example, here you can see they’ve minified all the tracking code and gone to the trouble of registering ‘hrc.onl’ to have a shorter domain name to serve code from & separate it from the main domain:

One meaningless but neat little touch on the site is a hidden logo within the code itself, as spotted by @bamber123 on Twitter. In the scheme of things this isn’t massive, but it shows some attention to detail, and is the kind of thing that will get a few extra press mentions & some attention among tech-savvy people for very little additional effort:

As a few other tech notes: The site uses a mixture of technologies, sat on Microsoft IIS, with Varnish caching, Amazon server infrastructure, ‘Signal’ (formerly brighttag) for connecting data, both Google Analytics & Yahoo Analytics, and various other tech. Unlike the Obama campaigns, there are no big visible signs of A/B testing (though that doesn’t necessarily mean they’re not doing it), and unlike many campaigns today they don’t seem to be using an off-the-shelf campaign package like NationBuilder.

There are a few bits of advertising technology on the site, but not a massive amount for a campaign, and certainly nowhere near the scale a big publisher would use. In other words: All seems solid but not massively sophisticated. From the outside it doesn’t even feel as sophisticated as the Obama 2008 campaign from a tech point of view, though it’s early days & I could be severely misjudging it.

2. The Logo is useful as a UI element

There are lots of complaints about the logo on Twitter already – most along the lines of it being too simple, along with many noting its similarity to other logos. I actually don’t think ‘Simple’ is bad at all in this case. It has less depth than the famous Obama ‘Sun rising over a field made from an american flag in the shape of an O’ logo, but it’s very recognisable, the FedEx style arrow obviously indicates speed & forward movement, and – usefully – the arrow on its own works very well as a UI element alongside calls to action, and to draw your eye to important areas on the website:

Alongside the ‘arrow as nudge’ feature, it’s also worth noting they’re using various versions of the logo that work nicely on top of photographs, or in alternate colours. For example:

(As a tiny note on the above – if you look carefully at the logos second from the left & far right, you’ll notice the shade of red differs slightly. Meaningless to most of us, but not the attention to detail of an Obama campaign or an Apple launch certainly)

3. There were some some social miss-steps

Within minutes of the announcement, Hillary’s Twitter & Facebook accounts had been updated to reflect she’s now officially running for president. The logo was updated, a tweet went out announcing her running, and the old ‘frowning in sunglasses on the phone’ header image was replaced by a smiling, screengrab-friendly shot of Hillary.

Within a couple of hours, Espanol content had been put out, and clarity had been added noting that the account will be run by campaign staff from now on with Tweets signed ‘- H’ attributable to Hillary herself: 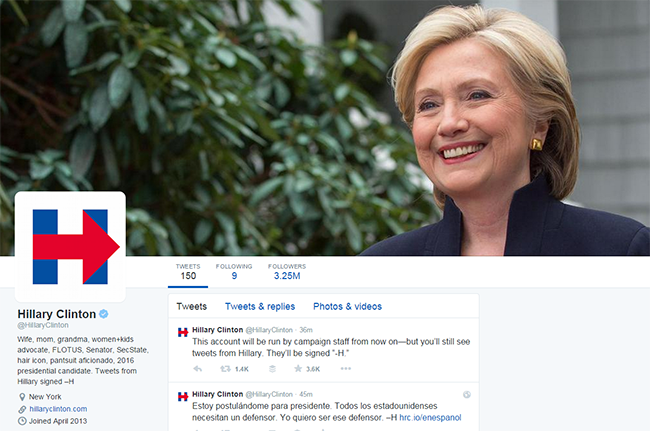 But… over on the HillaryClinton.com site, a few things hadn’t been updated. For example, one of the core social features of the site is to nudge users to share on Twitter/Facebook. As spotted by @RobDotUk on Twitter, when users share content it’s shared as “http://testserver/thanks” rather than “https://www.hillaryclinton.com/thanks”. That means firstly they miss out on any social traffic that may come from those tweets/shares, and that they look a little foolish in the eyes of some of their biggest supporters and make those supporters look a little foolish sharing broken links: 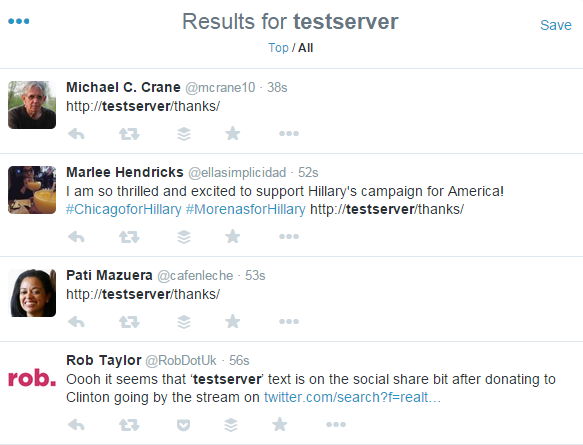 Not the end of the world, but still unfixed after a couple of hours, and after many hundreds of these erroneous shares.

From a social point of view, the focus seems largely on Facebook & Twitter. Google+ is not visible among Hillary’s Google Graph profiles. She has launched a Google+ account (at plus.google.com/+hillaryclinton). That’s up from 0 to 168 followers in a few hours, but there are no posts: 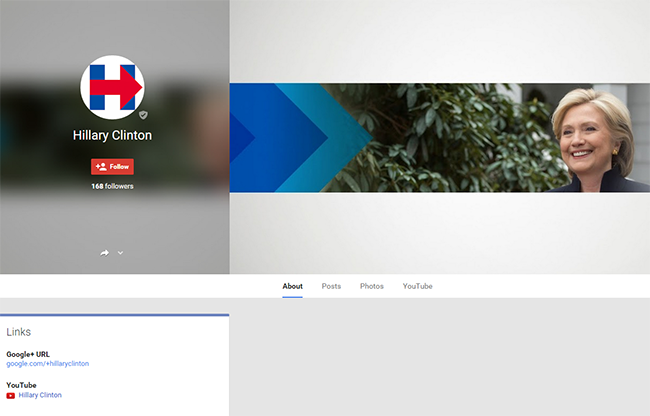 I’d say that’s more a statement about the perceived importance of Google+ (very low) than about her digital campaign proficiency.

The early coverage of Hillary’s campaign launch focused on her campaign video:

The video is very nicely put together from a production point of view, and a communications point of view, but there was an odd error. Here’s the link to the video within Google results: 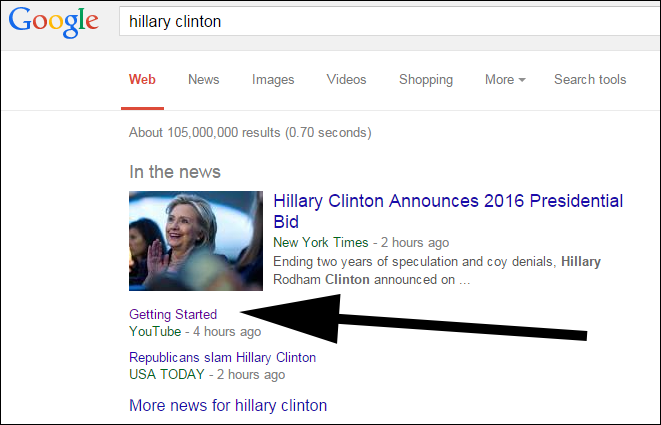 As you can see, it simply says “Getting Started”. That’s what they’ve chosen as the title of the video within Youtube. That causes a few issues: 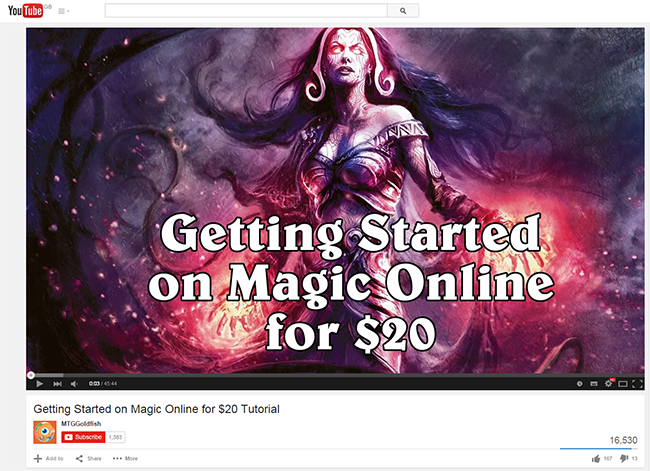 Not a massive issue, and it will work itself out over time, but I’m sure her campaign team would prefer potential donors to see another Hillary video, rather than “Getting Started on Magic Online for $20”. In other words it indicates again a possible lack of attention to detail, or a gap in digital knowledge.

5. There were also some SEO miss-steps

What won’t have much of a negative impact, but is surprising based on the amount of attention these types of things usually get.

Slightly bigger than that is this:

For those who don’t know what that means, the ‘robots.txt’ file tells bots & web crawlers what they are/are not allowed to view on a site. The line there that says “Disallow: /” tells Google and other search engines not to crawl any pages on the site. As a result, the site still looks like this in Google, rather than showing the new ‘Hillary for America’ branding:

Someone eventually noticed this, and it was fixed around 2.5 hours after the site launched, but this & the odd social blunders are quite surprising for a campaign that is likely to cost hundreds of millions of dollars (a ‘Ready for Hillary’ adviser suggested it could be well over a billion).

Perhaps a pedantic point, but: Looking at Google Trends, it appears that roughly 15% of searchers do not know how to spell ‘Hillary’:

That’s not the end of the world – Google does its usual good job of showing results for the phrase ‘hillary clinton’ if mistyped, but anyone visiting www.hilaryclinton.com will find themselves at a dead end, and any of the 24,187 people who follow only the fake @hilaryclinton on Twitter will miss out on genuine updates.

As a side-note, there is of course the minor risk there that the account starts tweeting again & causes embarrassment.

Again, these are relatively minor issues, but it should not be a difficult job to buy the typo domain hilaryclinton.com from its current owner, and to claim the impersonating twitter account.

7. The site doesn’t appear to be finished

Alongside the oddities mentioned above, there are various parts of the site that simply aren’t finished. Naturally they’ll extend the site over time, but there are things that are actively broken at the moment.

For example, if you sign up for the email list, the ‘Thank you’ email finishes:  “Stay tuned for more opportunities to get involved with the campaign. In the meantime, ask your friends and family to join us: HillaryClinton.com/Now-Ask-Your-Friends-to-Join-Us”. Sadly, clicking the link there takes you to a page that asks you to sign up again, and includes no possibility to share with friends: 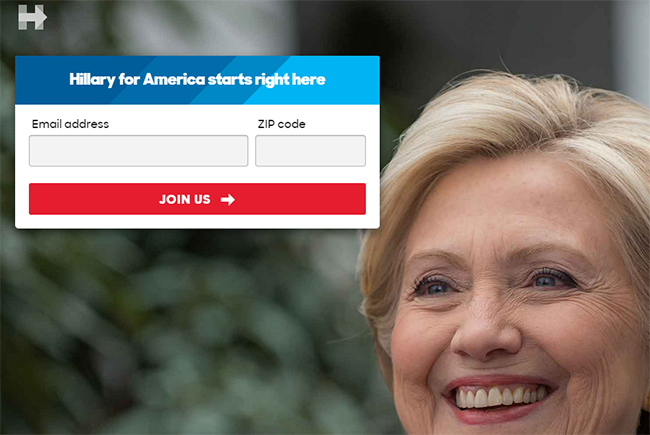 This is easy to fix, but – for a site with only a dozen or so pages these are errors that should really have been picked up. Another example is the ‘jobs’ page. Hillary was a speaker at the last SalesForce summit. It now becomes clear why she did that: They’re using SalesForce as the relationship management solution for at least part of the campaign, and the ‘jobs’ element of the HillaryClinton.com site. Here’s how that looks: 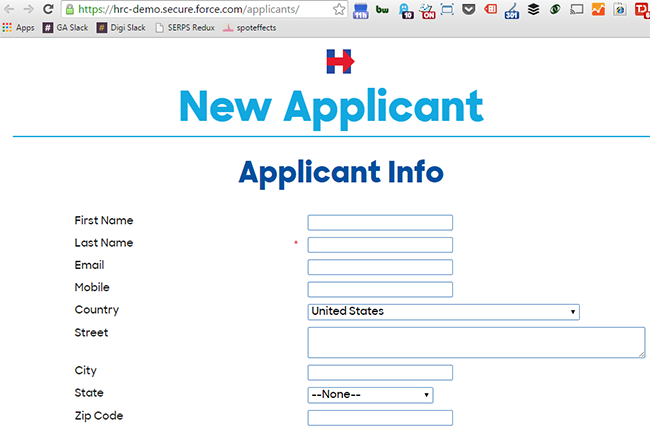 Not the end of the world, but:

Aside from the 2 examples above there are various other elements that simply appear to be missing from the site, but I won’t labour the point.

Hillary Clinton’s 2016 campaign launch was nicely done from a digital point of view, with a smooth flipover of the social accounts & some very nice messaging from a communications point of view. There were however some very odd technical, social, and SEO misses.

With every site launch, and every campaign launch, some errors occur. In this case none are campaign-threatening in any way, but, they’re very surprising as some are so basic, the campaign is so massively high profile, the site itself is simple enough to make checking easy, and the team will be very aware – from the messy healthcare.gov launch in 2013 – of the reputational damage that can be caused by tech glitches.

Do leave a comment if you have anything to add, or think any of the above is unfair. And do share this post if you think others would find it useful.

Climb Online: Performance After 100 Days Who would win an election today: Jeremy Corbyn or David Cameron?