Latest
You are here: Home / How the US Airways Tweet Happened

If you’re reading this, you will know that US Airways sent an incredibly lewd photo to one of their passengers in response to a complaint.

Here is the massively censored version of the Tweet: 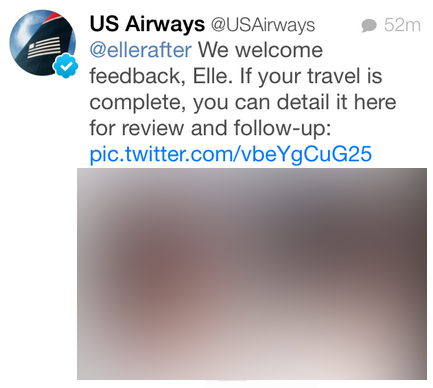 The key piece of information is that if you copy & paste a ‘pic.twitter.com…’ Twitter photo URL into your tweet, it reattaches that photo to your tweet.

Very good luck to the poor person in charge of the US Airways/American Air twitter accounts. A tough job and – from the looks of things – an honest mistake.